The importance of being inclusive of conversations that address underrepresented populations is crucial since service providers may not be familiar in handling situations that include same-sex couples and violence. While most transgender women may identify as cisgender in a relationship, most providers may view the couple as a same-sex even though a transgender individual may identify as heterosexual.

What are some ways a service provider can be more aware to address such a situation?  Even though there are many training’s offered, in reality, what a person perceives versus something learned from a textbook or training are two different things.  One way to truly understand violence among transgender women is to listen, understand their situation, and not be judgmental. 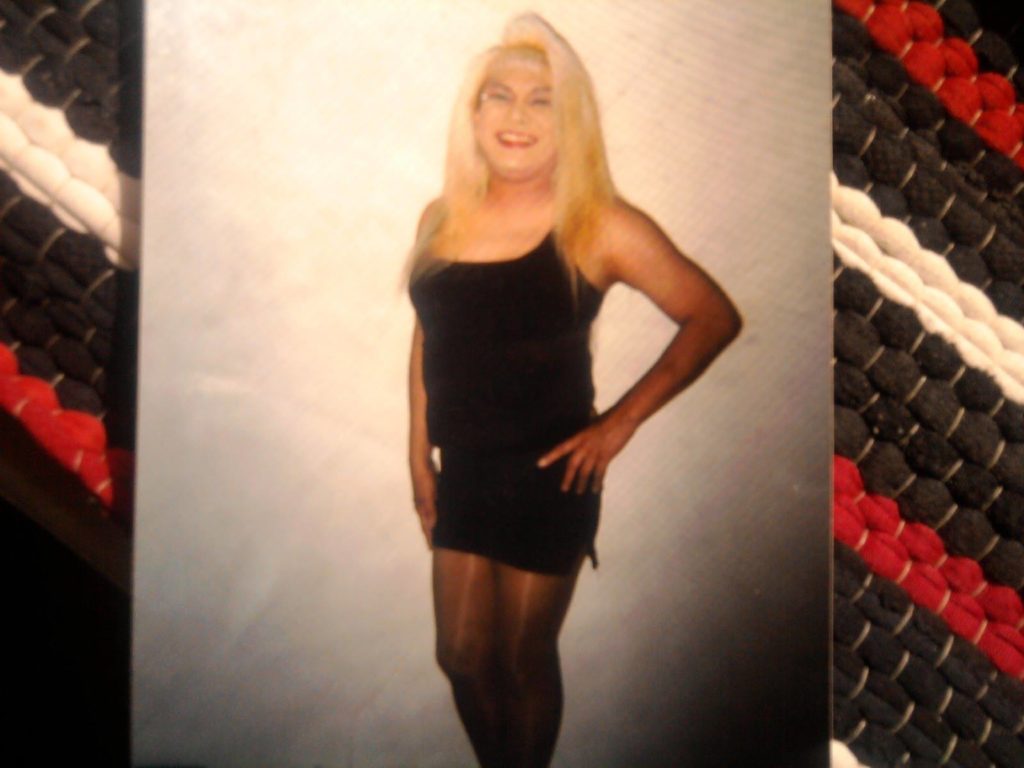 My contribution to the blog is sharing my personal reflections specifically in urban settings, in which may have many forms of harassment such as being bullied, profiling, rejection, and emotional/verbal/physical abuse and violence. As I have shared very little about my own personal experience of trying to survive in the city and what steps I had to take to make rent, food, and purchase of personal hygiene items.

In the mid-’80s of Phoenix, Arizona, I was introduced to sex work, which I was unfamiliar with especially to be paid for services. This was my way to make my own money and not ask anyone for assistance, but also came with getting in trouble with the law, court systems, and incarceration. My first time serving jail time for 15 days was a learning experience but did not think twice of what I was getting myself into. The money made was what attracted me to the profession, but also came with the package was emotional/verbal/physical violence. I recall, on a particular incident in which I was cussed out and named every word in the book for disclosing my gender identity to ‘trade.’ Trade was a term use among sex workers of a potential john paying for services in exchange for sex. What other alternative solutions did I have without a college degree, a long rap sheet, and the only thing I knew was to hustle people out of money?

For over 15 years, I engaged in survival sex work, as my means to survive on my own in the city. I resented some of my friends who were able to return back to their tribal community and move back in with their parents. I did not have the option to do that, so I remained in the city and was so used to calling a jail cell my ‘second home’ away from a run down motel room. Each night, as I prepared to get ready by applying make-up and changing into provocative clothing, I resented what I had to do to make money and face many forms of violence, as I stepped out into the night.

Some of my recollections include getting my shoulder broken, jaw broken, physically attacked, stabbed, and nearly shot. One particular memory stands out which I was standing on a street corner, then hearing a gunshot. All of a sudden, the bullet whizzing near my ear as I heard the hissing sound of the bullet — it was that close to my head. What would have happened, if the bullet hit my head, then died on a street corner? Will my family identify my body?  What about my friends? Most may just say, “She was a prostitute, so that came with the turf of being a sex worker.”

Individuals don’t understand the many unfortunate things transgender women face whether in a professional or leisure setting that may include public spaces or of a street corner. Violence comes in all forms, but sharing of my reflections is a start to understand the life of a sex worker, who is American Indian. I did not choose to become a sex worker, but the exposure and quick/easy money lead me to the profession. People talk down about sex work, but unless, if you have been in their shoes, you don’t have room to talk as lived experiences are different compared to what you read in a textbook or academic research.

Never in my wildest dream would I think that I would get out of the profession of sex work, as I was so comfortable with the lifestyle and the many friends I made, which in reality only looked at me for money, drugs, and sex. I was one of the fortunate ones to be granted a second chance at life that resulted in making my second attempt at college.

In 2003, I re-enrolled in the same community college, which I started and dropped out in 1989.  In 2009, I proudly walked across the stage to receive my associate degree, then to reflect back on my journey especially as a former sex worker, drug addict, alcoholic, and someone that was constantly in/out of jail. My journey to share my reflections has not stopped, as I graduate from college with (2) bachelors in 2015, then a master in 2017.

In life, we are given many opportunities, challenges, and obstacles, but I have learned to take every opportunity that has resulted in continuing my education presently as a third-year doctoral student. My life experiences is to share my journey and inspire another American Indian transgender women that each individual has their own life journey. Create your unique trail but one step at a time by educating one mind while on the journey.