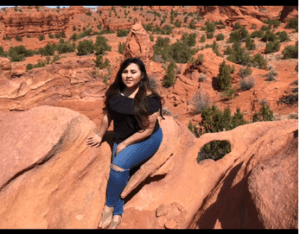 When first thinking about volunteering at CSVANW, I was nervous. First I was nervous because this is my first step after graduating from college into the “real world.” Also for the first time, I would be working and discussing topics I truly care about with other Indigenous peoples who feel the same and are doing things about it.

I recently graduated from Fort Lewis College. There I studied Psychology and Sociology. I worked at a student resource center called TRIO. Although there is a tuition waiver for Native American students at FLC, I did not have very many friends who were also Indigenous. At work, there was only one person there who had an ethnic identity. The rest were caucasian. The town of Durango was also predominantly caucasian. 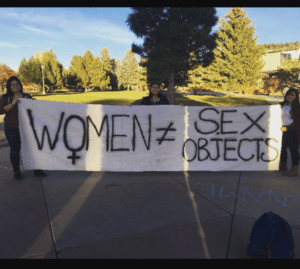 Walking into the office at CSVANW the first day, I felt a sense of comfort since there were people who could understand the struggles of being an Indigenous woman and trying to help our own communities heal. On a daily there are conversations about serious topics such as human trafficking, cultural appropriation, identity, gender, traditional masculinity and various other topics. When I had discussions on these topics at FLC with people who did not fully understand, there was a different feeling. I am sure there were people who cared about these things, but Indigenous issues were not front and center most o the time. Now, I feel at home with these topics being at the forefront – they are the most important.

I love the environment here at CSVANW and that these issues are front and center, they are not pushed aside and they are discussed thoroughly. I finally feel at home and I feel like I am actually helping make a difference in my community here at CSVANW. I may be starting small, but I feel that at the end of this internship I will have necessary tools to aid me in my journey in help heal my community and other Indigenous peoples, while also educating others on these issues.