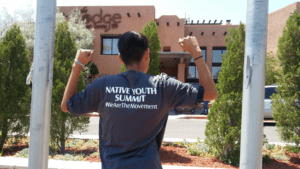 Attending the 2017 Native Youth Summit was challenging, but mostly fun. During the days and nights we were there, I got many opportunities to take the knowledge that the CSVANW staff and chaperones gave to us that I could take back to my community to further develop my community and myself.

The first day was nerve racking and since I was alone and had no friends at the time, that was challenging. But, it was the chance to make and connect with new people from somewhere new and I could pick their brain on what they know and what they do socially in their own life.  I had seen this situation as a possible opportunity to try and be more social and have more confidence in myself. Which worked partially but I also had to keep it to a point where I am also myself and not try to be someone I’m not. It was a new experience to be an extrovert and engage my group (Keioshiah’s Group). 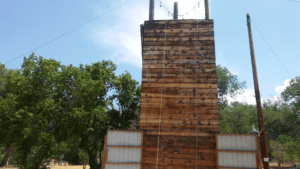 The first day was coming to an end and everyone were still shy and kept to themselves, but in time they all would eventually come out of their shells because that how youth are typically.

The second day was more fun because we got to go to a climbing recreation center – the Santa Fe Mountain Center. All of us got to choose which group we’d like to be a part of according to challenge level. It ranged from being more grounded and no heights to climbing with great heights. I chose the Mountain Goat Group so we called it. The instructors were very nice and informative and encouraging us to push ourselves and our limits. There was a quote and saying they had “Challenge by Choice” which to me was very true. 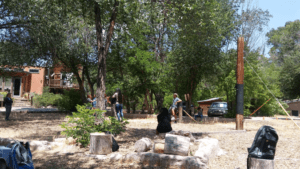 After climbing and just a whole long day of perseverance and sweating, we got back to our hotel and had a little bit of time to reflect.

What I wrote in my reflection was this “Today you were hella tired, you didn’t go to bed last night until 3:00 am so you were DEAD. Through half of the day you felt “dead” and it wrecked your mood 🙁 You also made 2-semi new friends whose names are Kateri and Jacee, they’re cool. You

are about to watch Moana later so you will look forward to that and sleep more tonight. As you went rock climbing and ended up climbing blind-folded which was challenging but fun “Challenge by choice” *New skills in Marching/ planning with groups.”

The third day we went to a college in Santa Fe called IAIA – Institution for American Indian Arts. This college was amazing and very empowering for me personally becase it focused on any forms of art, was very organized, and a small campus. This was nice instead of a big campus that are usually crowded. This was the first college that actually appealed to me and made me want to attend right away but I still have two more school years left. So I have time to think first before I make that big decision that determines mine and everyone else’s future. Again, it’s what you choose to do with it. The system there was very well held up and seemed steady with the resources for the students. When we visited the school, there was a building and basketball courts/soccer field which was exciting for those who play but not me. 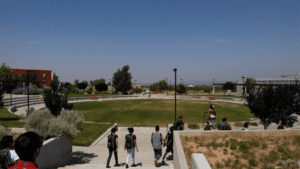 Later on that day, we went back to the hotel and learned some more. This time it was from three presentors, the first was from an activist in her community and she taught us about how we can engage in our community and how to access our abilities. She also encouraged us to know what we can/cannot do and to know our own limits.

The next people to present were two women they talked about Tribal Youth Councils and the differences in Western and Tribal councils, as well as how to start a TYC (Tribal Youth Council). The presentation was focused around our bodies as a holy sacred places and how we as youth should take notice of issues. We also covered problems in our communities and how to address them in any way we can to help. They also touched up on sexuality which one of the presenters had said “Indigenous peoples were already living peacefully without sexuality before being colonized.” and how complex the human body i, which bring us to our next presenter.

Their presentation was about Sexuality, Gender Identity, Sex, and Sexual Orientation and they had explain that Gender Identity means “A person’s internal experience or sense of being their own gender. This does not necessarily have a connection with sex or physical anatomy.” Next term I found interesting was Sex which refers to ones biological anatomy. And finally sexual orientation which refers to “Who you have romantic/ sexual attraction to.” This presentation was very informative to those who don’t know or who are questioning themselves and their identities.

The last day was weird and I can barely remember it, just to sum it up I remember speaking in front of all the parents about my experience and how I am gonna further go about what I am gonna do for my communit, family and in school to educate them on what I learned.

Thanks to the CSVANW for having me and giving me the lucky opportunity to attend this year’s Native Youth Summit. Shout out to Becki Jones and Keioshiah Peter for encouraging me to apply was the best experience from apply to attending. 🙂 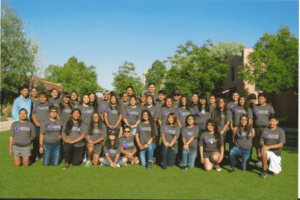