When we envision the prosperity of our Native communities seven generations from today, what does that look like? Violence against women and children is not a Native tradition and it never has been. Through colonization, our experienced trauma has manifested itself in unhealthy and violent practices including domestic violence. The idea of the sacred feminine as a life-giver is well represented in cultural emergence stories, as well as through the continued practice of matrilineality in which descendancy is traced through the female blood line and/or clan systems. Yet, Native women experience domestic violence, physical assault, and sexual assault at rates that far exceed women of other racial ethnicities.

The reality of today’s world is that we are dealing with internalized oppression, the effects of forced militant practices, the cycle and flow of capital through economic oppression, and the raping of our land through the battle for resources. Colonization, can be best described as establishing political control over Indigenous people through the disenfranchisement of cultural identity, language, and epistemological teachings about the inter-connected balance of life through ceremony. 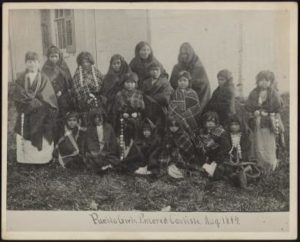 Colonialism has woven women into the fabric of society that includes property ownership and dependency through the exact language that has shaped the field of Federal Indian Law. In Cherokee Nation v. Georgia, (1831) the United States Supreme Court declared that Indian Nations were neither citizens nor foreign nations; instead we were “domestic dependents”, resembling the relationship of a “ward to his guardian.” Almost one hundred years later, this very idea continues to destruct our communities, as Individual property ownership did not exist prior to colonization.

Women were never considered owned property, nor were they incapable of leading or serving as guides in political affairs. The post-colonial status of Native women, has been further perpetuated through media and stereotypes, which has led society to believe that women are irrational, emotional, and vulnerable beings. The use of violence and physical force, against women and children, can also be traced to the Indian Boarding School era which further disempowered Native communities through the stripping of language and culture by way of physical, verbal, emotional and sexual abuse. This, in turn, shaped another layer of trauma for Native People. 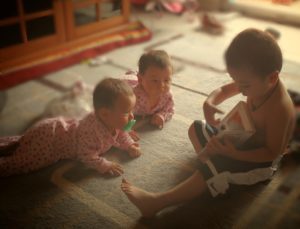 Though our detrimental history has shaped our Tribal communities into what we see today, we must not forget to acknowledge the resiliency of our communities which has been made possible through upholding traditional practices such as ceremony. Strategies for addressing the effects of post-colonial modernism are ongoing through the repudiation of certain policies that continue to erode Native communities. The refinement of existing policy and education of these alarming statistics are what keep me awake at night, yet they are also what get me up in the morning.

We are the movement is not just a hashtag, it is a responsibility.

It is an inherent obligation and right to educate the next generation about how we can end violence. It is through the acknowledgement that decolonial work will take a lot of work, but it is possible. Our prayers are ceremony, as are the blood and bones, of this land which permeate the sacrifices that our ancestors made.

Women are sacred and knowledge is power and we must never forget this.