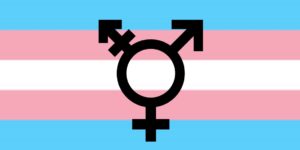 Native American Heritage Month is a month that recognizes and celebrates the culture, traditions, history, survival and the existence of Native people. It is also an opportunity to educate and acknowledge the awareness of the challenges Native people have faced both historically and present. Furthermore, it allows us Native people to work to fight these challenges.

For many schools on reservations, they use this month to educate young native children and the general public of their culture, traditional roots, history, and survival of colonialism. While schools off the reservations, they use this month to either exclude the topic of Native Americans or celebrate it in a way that only reinforces Native American stereotypes based from Hollywood films and one-dimensional views of Native American existences. And this is the time some schools also educate their students with false information about Thanksgiving. As much as I would like to go on about how some schools inappropriately recognition and celebration of Native American Heritage Month with inaccurate information of Thanksgiving I want to focus this blog post on something I feel that is very important when we recognize and celebrate Native American Heritage Month.

This year (and every year), I feel it is relevant to include the history, contributions and existence of Native LGBTQ+ Two-Spirit relatives when recognizing and celebrating Native American Heritage Month. Before colonialism, many tribes acknowledged, respected and accepted LGBTQ+ folks within their community. They were/are tellers of the stories of creation, healers, counselors, teachers, warriors, weavers, sacred and other contributors that held their tribe’s culture and traditions.

Unfortunately, in many tribes today, homophobia, transphobia, and sexism are problems within our tribal communities. These forms of oppressions are the results of colonization and genocide that won’t accept womxn as leaders and/or LGBTQ+ Two-Spirit folks. Furthermore, the acknowledgment, respect and acceptance of LGBTQ+ folks have been obliterated from Native American history and Native American origin stories. In many tribal communities, we see LGBTQ+ Two-Spirit relatives attempt escape suicide, self-harm, and leaving home to urban communities.  In fact, “this relocation disrupts sacred kinship relations with not just our people, but also our lands.”

In addition, November 20th is Transgender Day of Remembrance, which was started as a vigil to honor Rita Hester, a trans womxn of color who was killed in 1998. This year, Jamie Lee Wounded Arrow, 28 a native woman who identified as transgender and Two-Spirit from South Dakota and a member of the Oglala Lakota tribe, was the second reported murder of a transgender person in the United States. Therefore, when we talk and spread awareness of the Missing and Murder Indigenous Womxn, I feel it is important that we include our native trans sisters and LGBQ+ Two-Spirit relatives that are missing and/or murdered through colonial violence. According to Pink News (2017), “there have now been 24 murders of trans people this year [2017] – which, with two months still to go, is already more than there were in either 2015 or 2016,” making this 2017 year “the deadliest year for transgender people in the US.”

In 2015, the Human Rights Campaign (HRC) addressed that the chances of facing discrimination, harassment and violence increase exponentially for transgender womexn of color, who also face racism and sexism. For many transgender womxn of color, the threat of violence is constant. Due to the lack of accurate and reliable data collection this makes it impossible for advocates to know how widespread violence against trans womxn is. But according to many research, trans womxn, especially trans womxn of color are more than likely to face violence.